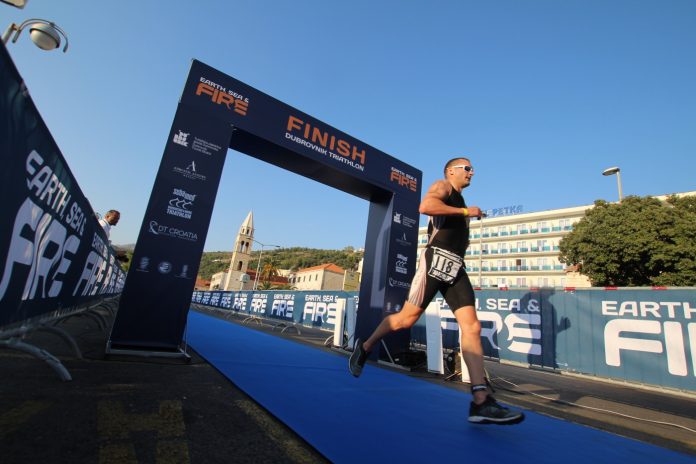 Following the success of the 4th Brighton and Hove Triathlon on 14/15 September, the team behind the event are heading out to Dubrovnik to organise the Dubrovnik Triathlon.

Now in its second year, the Triathlon takes place on 12th October around the port of Gruz in Dubrovnik, a beautiful UNESCO World Heritage Site, and offers the 3 distances of Super Sprint, Sprint, and Olympic, either Individual or relay. New this year to the event is the Super Sprint distance, mainly an introductory race for locals, juniors and novices.

Dubrovnik Triathlon Event Director John Lunt said,” We are pleased to be working closely with Daniel Marusic the president of the Dubrovnik Triathlon Club to really establish this location as a fantastic destination event. Participants can combine an enjoyable city break with a triathlon in a stunning, historic city.”

John, whose experience includes managing the Triathlon for the London 2012 Olympic Games, continued, “It is quite a complex event to put together due to the geographical limitations; closing roads in a very busy city that was built for horses, not for cars or triathletes. We have managed to find a flat piece of road in Southern Croatia, which is quite rare for the bike course. Both the cycle and run route are all on closed roads which is really difficult to organise with local councils and businesses, but we feel it is essential in offering athletes a safer option.”

Daniel Marusic said “This year we have entries from all over the world which is really exciting. Athletes from over 20 countries have signed up from South Africa & USA to Russia, Albania to Bosnia, Germany, Canada, Slovenia, Hungry, Montenegro, Poland, Bulgaria, and Macedonia. Five people who just the other weekend competed in Brighton are also competing in Dubrovnik. With the warm temperatures that Dubrovnik has this time of year, it will make a great end of season race.”

One of the Brighton participants Nigel Davies who is competing in Dubrovnik said my wife and I visited Dubrovnik several years ago and are delighted to have the opportunity of visiting a beautiful city again and competing in a Triathlon.   Brighton is also a great place to compete and with the blue skies and sunshine we had, was very comparable to Croatia, although without perhaps the same history and Game of Thrones references!  I took part in the triathlon in Brighton in an attempt to qualify for the ITU Age Group World Championships, which I am pleased to say was successful, so I have a trip to Canada to plan now!

The female winner from last year’s Olympic distance Leni Fafangel from Slovenia is also returning to compete this year.