Home Adventure Amazing nature of Croatia – you have to see it to... 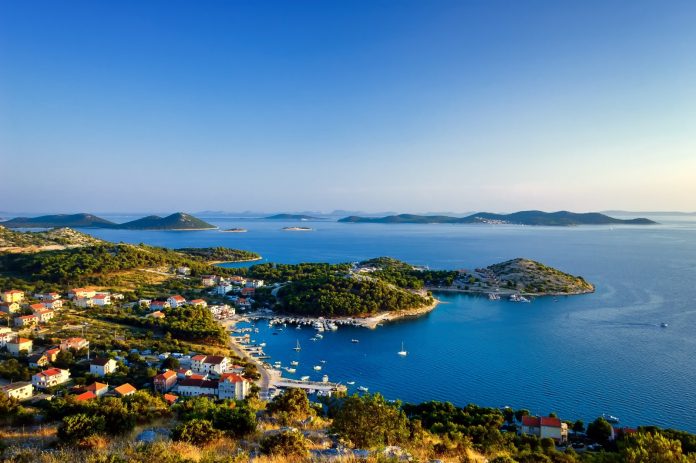 A few countries in Europe can be proud of a diverse nature like Croatia. We all know about rich underwater and still preserved coast, but that’s not all.

The Dinaric karst with specific geological and hydrological phenomena covers half of Croatia. Perhaps no country has such different and yet preserved rivers with endemic fish species like Croatia. ►Biokovo, ►Velebit and other mountains preserve numerous endemic plants. The mountainous area still inhabits bear, hoof, and wolf, who are expelled in most of Europe. There are also many other jewels: waterfalls, canyons, rocky cliffs, forests, meadows…

Croatia has eight national parks, eleven nature parks and a lot of other protected special natural reserves. Here is a brief overview of some stunning places.

►Brijuni is an island group consisting of two larger and twelve smaller islets along the southwestern coast of Istria, not far from ►Pula. Brijuni Islands are known for their indigenous and preserved Mediterranean vegetation, partially shaped as a landscape park. The island is distinguished by its valuable cultural heritage from the Roman and Byzantine period, and for its exceptional beauty, Brijuni has been a favorite summer resort for world political leaders and aristocrats over a hundred years.

The largest natural pearl in Slavonia refers to the area of Nature Park Kopački rit. The park encompasses the wetland around the Drave River in the Danube River near ►Osijek, which, due to its inaccessibility and flood exposure, has remained in its natural state since ancient times. Kopački rit is also one of the most extensive natural swamps in Europe. A large herd of deer is a kind of a trademark of Kopački rit, though equally large are packs of wild pigs. There are other mammals in Kopački rit, as well as many birds – almost 300 different species.

The Kornati consist of 89 uninhabited islands, islets and cliffs with a total surface area of 217 km2 and are known for their steppes. There could be even more islands because the old saying says: “How many days a year, so many Kornati islands.” The largest part of the Park refers to the main island of Kornat, of which the entire group was named. The greatest fans of the Kornati are boaters, for whom the Kornati offer what they are most looking for: the sunny maze of the sea and the islands and the peace in pristine nature.

This National Park covers most of the flow of this beautiful river and, apart from the natural wonders, has a lot of cultural and historical monuments. Among them, the Franciscan monastery on the tiny river island of Visovac is particularly remarkable. Nevertheless, the main attraction of the Krka National Park is its seven waterfalls, among which is ►Roški slap most widespread, and ►Skradinski Buk the largest and most famous.

The most important protected area of southern Dalmatia is the National Park Mljet on the island of the same name. The park covers the western part of this, by many, the most beautiful islands on the Adriatic, and is characterized by its lush and varied Mediterranean vegetation. There are two deep bays, which are due to the very narrow open sea connections called lakes – Veliko and Malo lake. Mljet also boasts a rich cultural heritage, among which is the Benedictine monastery complex, founded in the 12th century.

The largest natural pearl of the ►Zadar area is the Paklenica National Park, which covers the most attractive parts of southern ►Velebit mountain. Its main attraction is the two impressive gorges of Velika and Mala Paklenica, cut into the hill by the sea to the highest peaks of Velebit. In the park, there are more unusual karstic forms, caves, and due to significant differences in climate, rich flora and fauna are preserved – prehistoric UNESCO protected forests, for example. Through the wilds of the gorge of ►Velika Paklenica, a pleasant hiking trail passes.

This remote island group is distinguished by the exceptional indivisibility of the archipelago, the greenery and the unique folklore heritage of the island. One of the reasons for the preservation and the unique atmosphere of peace and quietness is the distance of the islands, for which more than five hours has to be traveled to reach. Small stone houses, four small villages, beautiful lighthouses, and astonishing nature are landmarks of Lastovo.

Plitvice are the most famous Croatian national park. The main attraction of this unique park in the world consists of 16 small lakes interconnected by waterfalls formed by sedimentation of sedge, a particular type of limestone. The National Park also includes the source of the ►Korana River in an area surrounded by dense forests of beech, fir, and spruce. The park has a lot of caves, springs, flower meadows, and among the many preserved animal species, the brown bear stands out.

This forested mountain mass in Gorski kotar has been named after lynx (Croatian: ris), its most popular inhabitant. Nature lovers come to Risnjak for the beauty of the mountains, forests, water, and karst. This mountain is equally attractive in all seasons, in the winter when it is covered by snow, in the spring when the meadows around it turn into flowerbeds, in the summertime when it offers rest from the summer heat and in autumn when the forests are in different colors. The rich animal world of this national park, besides the “patron” of lynx, is made up of brown bear, martens, and tel. Risnjak is also known for its magnificent views to the islands of the ►Kvarner Bay and all the way to the Alps.

The deep bay of Telašćica on the Dugi Otok island is one of the most famous nautical hideouts on the Adriatic coast because it offers a secure shelter for the strongest storms. The rocky shores are low on the inside, while on the outside they offer impressive cliffs, almost 180 meters high. Between the bay and cliffs, there is a special gem – a small and very salty lake Mir. Telašćica is also available on land, by a small road, and mostly by pedestrianized roads through the picturesque Mediterranean landscape.