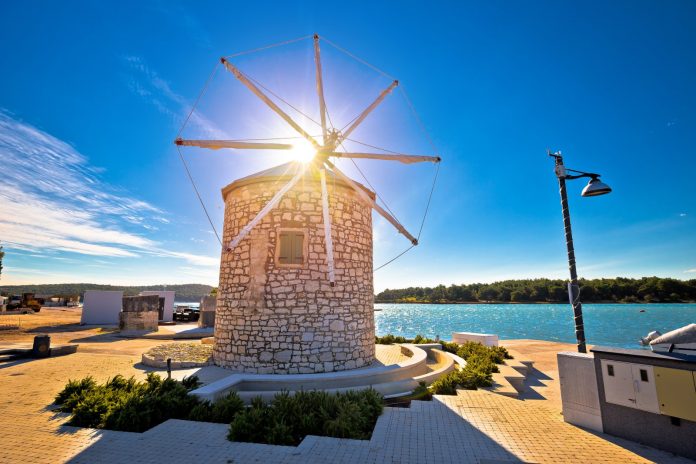 Istria is the largest peninsula in the Adriatic Sea. It is located at the head of the Adriatic, between the Gulf of Trieste and the Kvarner Gulf. It is shared by three countries: Croatia, Slovenia, and Italy. Croatia holds most of the Istrian peninsula.

Istria is also a magical place. Legends about gentle giants walking around hills and streams of Istria still live, and you can almost feel that romantic spirit wherever in Istria you go. Mountains, sea, rivers, villages, and cities make a mosaic that looks like paradise. There is a reason why is Istria the most popular Croatian region, and here is a small overview of its wonders.

►Brijuni National Park is a group of islands near the city of ►Pula. Few bigger and a dozen smaller islands are known for its specific Mediterranean vegetation and as a favorite summer resort for politicians. Islands have their own open-space ZOO with animals such as elephants, giraffes or Koki – the most famous parrot in Croatia. Islands have no permanent residents, but there are three hotels in which you can stay for your visit.

Standing proudly on the peaks of hills rising from the fertile valley of River Mirna, the small town of Motovun is renowned for its architecture and numerous art galleries, in addition to a variety of music and film events. Its position on a top of the hill reminds of towns in Tuscany, as well as the small streets in it and nature around it.

The area of Rovinj has been populated since the Bronze Age. Today, this town is one of the biggest touristic centers in Croatia. Rovinj wins the hearts of people with the charm of its small artistic streets and decorated corners, as well as beautiful Baroque buildings. You should definitely visit Church of St. Eufemia, Zlatni Rt forest, ship museum Batana, ornithological reserve Palud and nearby Red island.

On the Učka mountain is the highest peak of Istria, ►Vojak, and the whole mountain is a protected nature park. The nearness of the sea caused the development of a specific climate and lush fauna and flora. One can start climbing Učka from various points in Istria, and the trails are well marked. You can hike, ride a bike and even free climb there.

Old Romans loved Pula – or Pola, as they called it. The city of Pula is the biggest city in Istria and has numerous buildings, monuments, and temples from ancient times. The most famous is the Arena, the sixth biggest Roman Colosseum in the world. There is also the Golden Gate, the temple of Augustus, Porta Gemini and many other monuments. And from a bit closer history, there are WWI tunnels underneath the whole city which today host concerts, exhibitions, and parties.

Welcome to the world smallest town! Hum, with its 17 inhabitants is the smallest city in the world, according to the Guinness Book of World Records. It is located in the heart of Istria. The most interesting route accessing Hum is certainly through the so-called Glagolitic Lane, the road between Roč and Hum, where there are large stone monuments along the road, representing Glagolitic letters – the first Croatian letters.

Savudrija – an old fishing village on the westernmost part of Croatia. The symbol of Savudrija is certainly the highest lighthouse in Istria (36 m), the oldest in the Adriatic, sparkling with its beauty. Built in 1818, it still works today. Also, fisherman of Savudrija have a specific way of keeping and carrying boats – after they take their boats out of the water, they hang them on the constructions on the beach, which is unrepeatable and very interesting to see.

Buzet is a perfect place for those interested in gastronomy. The white and black truffles that grow in the forests of Buzet are true delicacies that belong into the very top of the gastronomy. Each year on the second weekend of September in the Fountain Square, a big feast with truffles is being prepared. This area is also rich in wines and olive oil, where many successful and quality producers can be found.

The city of Poreč is situated on the western coast of Istria. That area has been inhabited for 6000 years and hides amazing sceneries. The old city center is a cultural monument by itself. There is a sacral complex, the Euphrasian Basilica from the 4th century. The mosaics that decorate the interior and the forepart of the church fall into a category of the most beautifully preserved works of Byzant art. UNESCO has classified the whole complex, in 1997, as the world’s cultural heritage.

Istria has more than 1,500 caves and pits, and some of them can be visited. In Istrian caves and pits, besides natural beauty, there is also a variety of animal and plant species (fish, frogs, bats), and the most interesting is the olm, an endemic species that live only in these karst regions. These are some of them: