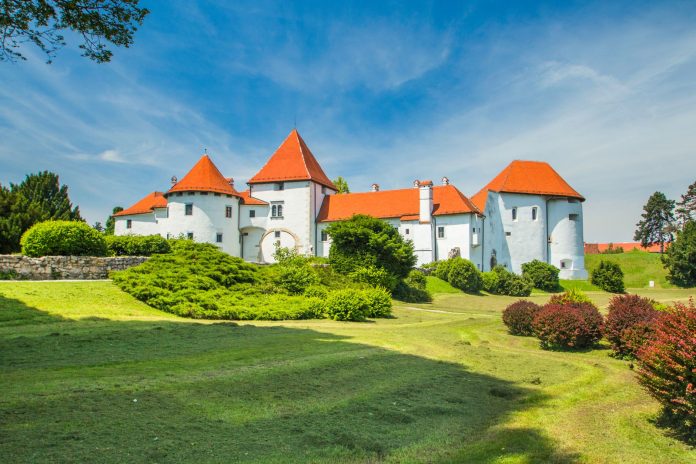 Croatian area has been inhabited since the prehistoric time. First settlements in Croatia were near rivers Sava, Danube and Drave, and in Istrian caves. All the way since then cities have been built in Croatia, so the architectural and cultural heritage in Croatian cities is vibrant and exciting.

Here’s the list of some of the most beautiful Croatian cities and town – of course, the list could be much bigger, but we had to shrink it somehow. Cities are sorted from the north to the south geographically.

Once capital of Croatia, this baroque city leaves you breathless. It is located in northern Croatia and with its Baroque architecture, a castle, called the Old Town and many other beauties this town simply calls you to visit it, especially during the 10-day long Špancirfest festival in August or during the Baroque Evenings festival in September.

You can’t go wrong with Zagreb. The biggest Croatian city illustrates both the Continental and Mediterranean spirit of the nation it spearheads. Zagreb is the cultural, scientific, economic, political and administrative center of the Republic of Croatia. Beautiful streets and squares, numerous museums and parks, river, lakes and even a mountain – Zagreb has it all and is a real mixture of old and modern, busy and relaxed.

Rovinj in Istria is one of the most beautiful towns in Croatia. The charm of this small town is constantly seducing many generations of visitors, leaving a profound mark on them. Although small, you will always have something to see and discover. From the old town, the Church of St. Euphemia, the archaeological sites, to stunning little corners of its narrow streets.

The biggest city in Istria has a rich Roman heritage – many temples and the Amphitheater makes you feel like you’ve come to Ancient Rome. If you catch a chance, go to a concert or some similar event (there is a lot of events, don’t worry) into the Amphitheater – it will be an outstanding experience. And the beaches – you can choose between rocky and sandy, crowded and lone. Also, from Pula, you can go and visit Brijuni Islands National Park.

The Island of Rab sits in the middle of the Gulf of Kvarner, accompanied by dozens of other Croatian islands. Awarded many times as the best tourist destination in the Adriatic, the town of Rab is bounded by ancient city walls and has recognizable four church towers that form the town outline. It is small, romantic and extraordinary happy – as locals tend to say – and really calls you to just stroll by the sea and enjoy the vibe.

Zadar is for sure one of the most exciting cities on the coast. From ancient Roman remains, Renaissance town gate and square – to the highly modern and unique installations like Greeting to the Sun and the Sea Organs, all of that you can find in Zadar. It is no wonder that Croatians love this town as much as the foreigners.

Šibenik, the oldest native Croatian town on the Adriatic, is located in the most protected natural harbor – in the center of the eastern coast of the Adriatic Sea, at the mouth of the beautiful Krka River, at the sources of Croatia’s rich history, probably in the place where some of the original Croatian settlers first saw the blue sea. This Dalmatian town has beautiful beaches, old narrow streets, fortresses surrounding the city and cathedral of St. James, which is on the UNESCO World Heritage list.

Trogir is a picturesque town arranged with parks where every stone is a monument, and its coast is surrounded from all sides by the sea. The town was settled in the 3rd century, but people lived in this area before. The Greek colony Tragurion was established by seamen who came from the island Vis. Trogir was trough history ruled by Greeks, Romans, Venetians, French, Austrians, and Croats. This romantic town has its old town is located on the UNESCO World Heritage list.

Only 20 km south of Trogir is Split, another stunning coastal city and the second biggest city in Croatia. The story of Split is already 17 centuries old, dating to the time the Roman Emperor Diocletian decided to build his Palace right on the peninsula near the great Roman city Salona, where he wanted to spend the last years of his life. During these 1700 years, the Palace slowly turned into a city, which to this day lures with its rich tradition, glorious history, and beauty of its natural and cultural heritage.

Another island on our list is the island of Korčula. The town of Korčula represents a unique fusion of beautiful nature, thousands of years of cultural tradition and history and modern tourism. Korčula town lies beside the sea on the north-east end of the Korčula island. The old medieval part of the town was built on a small oval peninsula, a Baroque suburb spreads under the old city walls, and newer town quarters stretch along the shore to the east and west of the old center. Small stone houses and streets will always call you back, believe us.

Dubrovnik is certainly one of the most beautiful cities in the world. The Old Town of Dubrovnik dates back to the 16th century and the main street of the old town, Stradun, is a world-famous promenade. On top of the city is Mount Srđ, which offers an incredible view of the city. In the Middle Ages, Dubrovnik became a republic and was the only city-state on the eastern Adriatic coast that competed with the Venetian Republic. Definitely worth seeing!