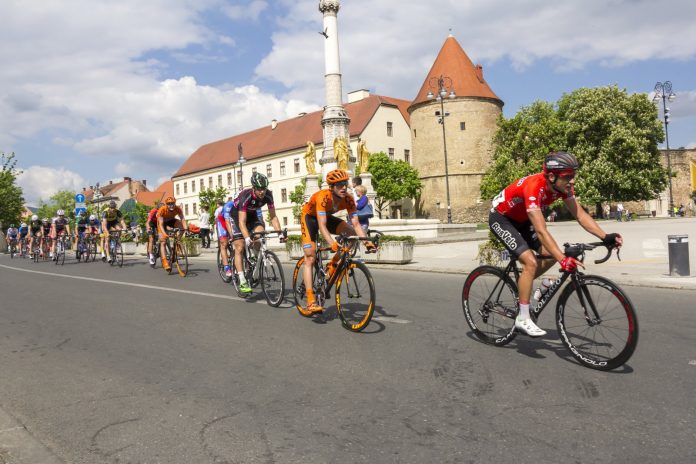 In the last couple of years, cycling events in Croatia have undergone a true renaissance. Thanks to the growth of popularity of cycling among the general public, investments in infrastructure, constant push to prolong the tourist season and success of cyclists on the international stage the events have grown in number and quality. Be it mass participation events; long distance non-supported endurance events or professional races that attract some of the best cyclists in the world there is an event for everyone.

Mitas 4 Islands MTB Stage race – If you are really passionate about mountain biking this is the race for you. The competition consists of four stages on four islands over four days and is probably unique in this regard. Participants compete in teams of two in a format made popular by Transalp challenge or Cape Epic. April weather is usually mild and kind to participants, and the sea is just warm enough to cool off tired legs after a hard stage. Courses are characterized by rocky terrain that tests bikes’ suspension, tires but also riders skills. In only three editions this race has already earned itself cult status on the regional scene and is regularly sold out.

Adria Bike Maraton Plitvice – organized by the same team as Mitas 4 Islands MTB stage race this is a one-day event that takes place in mid-June in national park ►Plitvice Lakes. Tourists from all over the world visit year-round to enjoy breathtaking lakes and waterfalls. Participants get to see all the famous sights but also the less known part with flat meadows surrounded by lush green hills. While this race has not been discovered by many outside Croatia, Slovenia and Bosnia, and Herzegovina, we are sure that because of its beauty it will not stay so for long.

Valamar Terra Magica – this September one day MTB cross-country marathon race starts and finishes in seaside resort Rabac and climbs its way around surrounding hills. On offer, there are three courses of 20, 40 and 80 kilometers. This is a hard race characterized by steep and rocky ascents and long technical descents. All this effort is rewarded by stunning views over ►Kvarner bay. After the race, participants can visit old closed mines in ►Labin and its beautiful old city on top of a cliff, looking over Rabac.

Granfondo Zagreb – if you prefer road over trails and looking for a reason to visit Zagreb look no further then Granfondo ►Zagreb. This mass participation event climbs out of the city over 1000-meter-high Medvednica and then descends to ►Zagorje on the other side before returning to start by going around the mountain. The race is run in mid-May and with grandfondo of 114 km and mediofondo of 80 km and a reasonable number of participants it can be excellent preparation for summer races or a part of a great weekend getaway in Zagreb.

Istria Granfondo – another reason for a great weekend getaway is Istria Granfondo. Autumn event is run mid-October and organizers are catering for the whole family with a longer course of 136 km and shorter of 90 km on Saturday, activities for kids during the event, after race DJ party and bike and gourmet ride on Sunday. Once you have enjoyed Istrian hospitality and cuisine, you will always want to come back for more!

►King of Učka – race is organized in 2018 for the first time. It starts at sea level, and ends on the top of mountain Učka.

Hard CRO – rules of this race are straightforward: cycle a route of more than 1000 kilometers via four checkpoints without outside assistance in the shortest time as possible. And while most will be content with dot-watching (following the race online using GPS trackers each participant has to carry) and following Instagram and Facebook posts, select few will cross Croatia and experience it in a unique way meeting new friends, discovering places and pushing themselves and their bikes to the limits of endurance.

In 2018 Tour of Croatia was in its fourth year and the race has settled in the calendar spot in April. An excellent showcase for Croatia and Croatian tourism, the race usually starts in Slavonia for one flat stage before heading south-west for Dalmatian hills and sea, on its way passing several national parks and many sights and vistas. For a couple of years, the queen stage has been above Rijeka climbing Učka from the sea level all the way to almost 1000 meters above the sea. In 2019 for the first time, this stage will host a granfondo event for amateurs on the same roads as the pro race. The race finishes with an uphill cobbled sprint in Zagreb city center, and each year attracts more fans.

So, whether you are looking to participate in a family friendly gourmet ride, improve your fitness on an unforgettable weekend getaway, spectate and support world’s best cyclist or participate in the event that you will tell your grandchildren about – Croatia has you covered!

Krka Bike – cycle through the beautiful landscape with a glimpse...