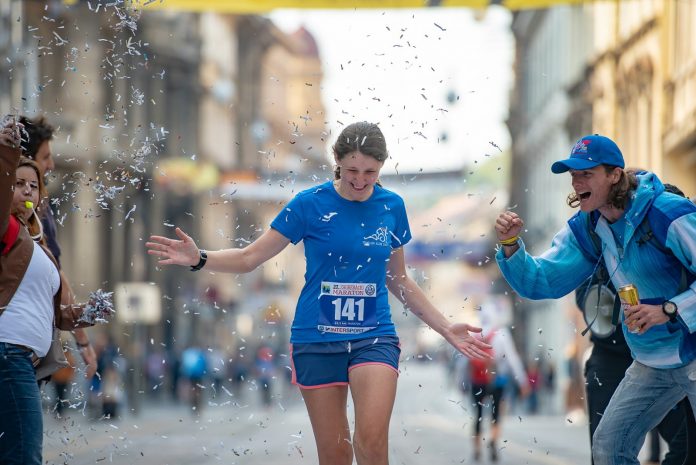 Looking for a fast, flat marathon in good weather? You have just found it – Zagreb Marathon. Completely flat course in mid-October in beautiful Zagreb is perfect for PBs. You can choose between a marathon, half marathon, and 10 K.

►Zagreb is the Croatian capital city, and it’s placed at the southern foothill of the Medvednica mountain and both sides of Sava river. It has a rich history, beautiful architecture, the mixture of Mediterranean and continental culture as well as many natural beauties – lakes, mountain, river and city forests.

Zagreb Marathon is an excellent opportunity to experience a part of all that through running. The race is gaining more and more popularity each year, and the number of foreign runners is continuously growing – 1/5 of the total number of runners in 2017 were foreigners.

With only five meters of elevation gain at the marathon route, this is a really fast course. There are refreshment points on every fifth kilometer. On top of that – energetic cheering points and the optimal weather in early October also favor PB attempts.

10 K race goes straight to the east for 5 K, takes a U-turn and heads back to the main square.

Zagreb Marathon has a beautiful finisher medal with a different motive of Zagreb each year. What’s also good is a low-cost starting fee – from 150 to 250 HRK (20 to 33 euro), depending on the date of the payment. You can sign up here.

The race is held on Sunday October 13th at 10am. Bib pick-up can be done during the whole race week, and more about pick-up location will be published on the official race page.

Public transportation in Zagreb is good – there is a wide and branched network of trams and buses. You can plan your ride here, and driving ticket costs only 4 HRK (0.5 euro). On a race day, you can come to the main square from any part of the city using buses or trams – just be careful because roads close an hour before the start.

Accommodation can easily be found in many hotels, hostels, and apartments, and you can read some useful tourist information here.

The city that has it all

Founded in the 11th century, Zagreb was a cultural, political and geographical intersection of the East and the West through history, and all of that can now be seen on the streets and in people. With a population of one million, the city contains almost a quarter of the entire population of Croatia. Zagreb is a safe city whose doors are always open.

One thing is sure – you shouldn’t come only for the race. There is a lot to see in Zagreb – historical heritage of Stone Age, Romans, medieval times and Austro-Hungarian times; many museums and galleries, decorated parks, interesting cafes…

As soon as you come, you’ll feel that Zagreb is a city with a soul. Architecture and monuments are beautiful, but there is more – fresh fruit and vegetable market, mystic medieval Upper Town, short funicular, botanical garden – and all of that in the city center.

You’ll feel something special about the rustle of leaves as you stroll through the autumn colors of Zrinjevac Park or Strossmayer’s promenade. Ilica, Zagreb’s main street, with its small shops and craft stores, won’t leave you indifferent. And when you get enough of urban crowd, you can easily escape to ►Medvednica mountain to hike and breathe fresh air, to ►Jarun Lake to feed swans and watch the sunset or to ►Maksimir park to drink a coffee while walking in the woods.

Be sure – a marathon or a half marathon PB won’t be the only thing you’ll remember when leaving Zagreb!

Running in Split – the capital of Croatian sport