Home Running Races You want to run for fun? These races are for you! 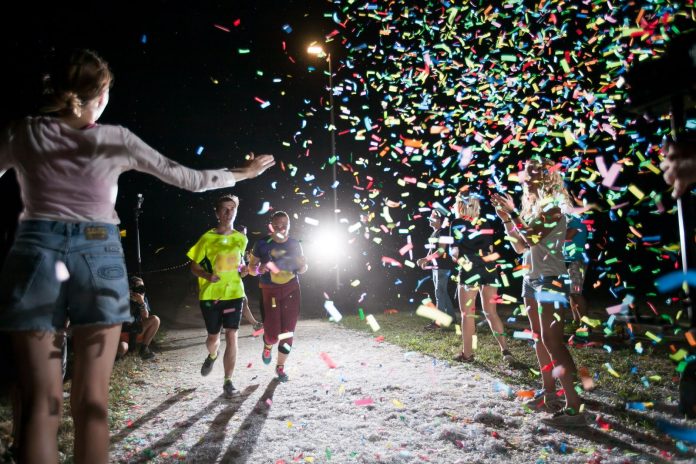 We can all agree that running sometimes needs to be fun and that not all races are for chasing PBs. There are a number of races in Croatia which include parties, beers, cheering points, or silly costumes, so if you’re coming to Croatia for fun, you can run one of those races for fun as well. Here’s the list.

This race feels like you are running on sea water. It takes place in Rijeka, on a breakwater which is 1707 meters long, and is known as Molo Longo. The race is 6 kilometers long – you run to the end of the breakwater, back to the start, and then repeat that. It usually takes place on the first weekend of April and all the residents gather to run or cheer for the runners. Your GPS log will look like you ran on water

The unique race on the walls of Dubrovnik waits for you at the end of April, as part of the Du Motion event. It is 2.5 km long and has stairs leading up and down, slippery ancient stone, magnificent views… All of this makes this race unforgettable, as well as dangerous. The number of runners is limited to 100. Be sure to register on time!

Medvedrun – a race with a taste of beer held in the very heart of Zagreb in June. The prize for the fastest runners is as many liters of beer as they weigh. For example: if you have 70 kilos and you win, you’ll get 70 liters of beers. Moreover, there is a great party that starts after the race, where everyone dances, drinks beer, and enjoys the nice weather of the capital.

Organized by the same team as the Medvedrun, the Night Marathon is actually an event composed of five races – from 4 to 42 kilometers. The location is also Zagreb, and the time is end of August. Lanterns, fireworks, DJs, and races at the Sava river bank and Bundek Lake are just waiting for you to choose your distance and have fun after you finish.

Imagine this: running a race and drinking wine instead of water at refreshment points. That’s exactly the concept of Istrian Wine Run – a marathon, a half marathon, or a relay race in beautiful Istria with wine-tasting points. This drunken race is held at the beginning of September in the town of Umag.

On the first weekend of November, the most lit 10 K – Zagreb Night 10 K is held. Tons of runners come to the city center to run its streets and chase each other, and the atmosphere is amazing. Cheering point are on fire, music bursts at the start/finish area, and people come to support the runners. Just be quick with your application since this race is really popular in Croatia.

Once the capital of Croatia, and now a capital for runners on New Year’s Eve, Varaždin, a Baroque city in the northern part of the country, has a long racing tradition. Runners from all over the region come to run the only race in which the gun shot marks both start of the race and start of the year. The race has been held since 1977. There is no starting fee for this festive race and the prizes are wealthy. Also, the city is beautiful, as well as its Christmas market. And, the day after the race, you can reward yourself with a day of relaxation in the oldest Croatian spa. Is there a better way to start a year?